We also carry out structural surveys, known as residential building surveys, or commercial survey reports, together with property valuations (note our valuations are not for bank lending but are to advise you how much we feel the property is really worth).

Please call us on free phone 0800 298 5424 for a friendly chat regarding your property matters. 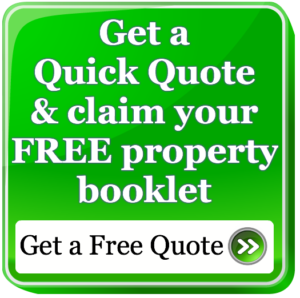 Why we recommend always having an independent building survey?

Always have an independent building survey as this will highlight any property problems. Caveat emptor means buyer beware and is why you need to have a building survey to find out if there are any problems within the property; the estate agent certainly will not advise you of any.

Remember the building Surveyor that you employ will be the only person working for you with your interests at heart.

What do the circles and ovals mean in our building surveys?

In our building surveys and structural surveys the circles and ovals are a system that we used to highlight property problem areas so that you are not left wondering what the property problem is. In addition to this if the survey photographs do not we believe explain the property problem enough together with our survey report we also add in one of our own survey sketches. 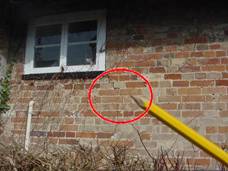 It is usual to have a structural report or engineers report if there are cracks in a property and is often a requirement by the mortgage lender and we will, of course, be happy to discuss your individual case and offer a solution to your individual requirements.

Problems with the building

There are many reasons for cracking in buildings, everything from old age to minor movement to, what we all dread, structural cracking and subsidence and settlement. It is distinguishing which crack which is the difficult bit.

Cracks in properties do not necessarily mean there are problems with the property, it might not be able to accommodate the existing building structure and you may simply need to repair the crack, but this is far easier said than done. 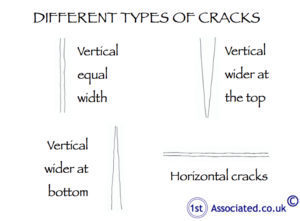 The crack in a property is a warning

We would also advise that a crack in a property is often a warning of an area that is a problem area, something has made that crack in the wall.

Many problems cannot be instantly diagnosed and a period of monitoring is required. We have, in our role as independent Surveyors, seen various forms of monitoring over the years, from the original glass panel on the crack, which really gave very little indication of the amount of movement, only that there was movement. 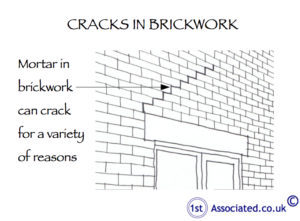 It was commonly used tell-tale plastic gauges, which had cross hairs on them where you could monitor the movement over a period of time (that is of course as long as no-one tampered with them), to the more common today studs, which look very like drawing pins with a small stud in. These enable you to measure with a calliper. The beauty of this system is that the studs don't draw attention to themselves like the old plastic tell-tales and therefore don't tend to get tampered with, and the studs allow a much more accurate measuring method, in our opinion.

The problems with monitoring property

One of the problems with monitoring, apart from people tampering with the monitoring device, is that often when we are called in we are asked to give a decision on the spot as to the condition of the property. Whilst in many cases we can do this, sometimes there is simply no other alternative but to recommend monitoring, which is not ideal when the property owner wishes to sell or the purchaser wishes to buy very quickly.

This very much depends upon what the property problem is identified as. Cracking doesn't always involve underpinning. Interestingly, we recently read that the Building Research Establishment found on average three to four percent of properties underpinned subsequently went on to have further problems. This is why we feel it is very important that you get good advice before you purchase the property with problems and that underpinning isn't necessarily the end of all your problems.

The reason for repairing any crack

The reason for repairing any crack is that if left the weather will cause further deterioration, anything from additional cracking to dampness getting into the building. The type of repair will very much depend upon the type of crack.

How is it best to repair a non-structural crack?

Repairs to non-structural cracks to brickwork

It is essential that the mortar matches, both in mix and quality, i.e. if the original mortar is lime then the repair mortar should also be lime and also match in colour. If you do not match the two then there will a period when the crack stands out even further. 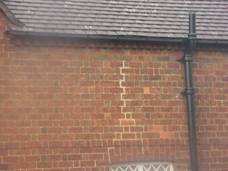 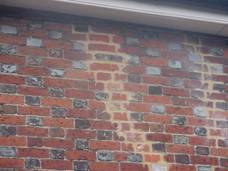 Identification of type of crack

Most building surveyors or engineers will identify cracks as either non-structural or structural, though there is further classification of cracking. In John Gleeson's excellent Structural Failings in Traditionally Built Domestic Buildings the classification superficial, as a first phase, relates to hairline or fine cracking, leaning or bulging or initial movements to a superficial, leading to problematic as a second stage. This is a continued and increasing of the superficial cracking to stage three, which is problematic, which should be causing concerns to the stability in question, structure vulnerable to serious action necessary to hold off future collapse. The final stage, which we find rather interesting, is collapse, which he defines as too late.

So, to summarise the five stages:

We would add that in our experience we find it more common in reports to refer to:

We would also refer to The Building Research Establishment, which is generally considered as the premier property research establishment. Their Digest 251, which deals with the assessment of damage in low rise buildings. They categorise cracking into three areas: aesthetic, serviceability and stability.

There are a number of elements we have taken into consideration when the structural engineer assesses the property:

Firstly he needs to assess it in a structured format.

Secondly he needs to give consideration to the age of the property.

Thirdly the type of materials it is constructed from.

Fourthly its location; is it in an exposed location, does it sit on clay, are there trees in close proximity, etc.

Fifthly, the condition the property is in. Is it in a dilapidated state, for example, has it been unoccupied for many years. 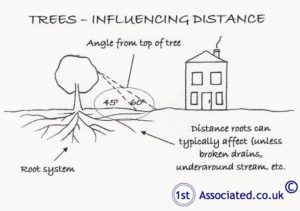 This should all be recorded in a systematic manner. We believe you should always look at your initial thoughts and then reflect upon them and within our in-house report system we have a way of ensuring that an initial opinion is then reconsidered. In our experience if a property has a problem it generally falls into one of the following categories:-

Differential movement. This is where there is a variation in the movement of materials.

Loading materials. This is where possibly alterations and adaptions have been made to the property that have affected it.

Water penetration. Where, for example, rainwater has degraded a timber lintel, or a suspended timber floor.

Chemical attack with form of rusting or older style wall ties, or sulphate attach to chimneys. 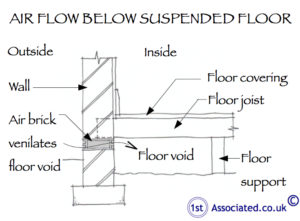 How is it best to repair a structural crack?

Publications utilised in compiling this article:

For more information on Walls see our other property and surveying articles:-

We can send you examples of our surveys as over the many years that we have been surveying properties we have knowledge and expertise on every age, type and style of building. We have example surveys of every type of commercial property also such as shops, offices, industrial buildings, leisure buildings such as pubs, sports centres, places of worship and institutional buildings.

All rights are reserved, the contents of the website are not to be reproduced or transmitted in any form in whole or part without the express written permission of 1stAssociated.co.uk.