Incidental heat gains are gains not actively and deliberately introduced to a building by a heating system and include, but occur as a result of the sun shining, and activities taking place in a building.  Without either incidental or deliberate heat gains or losses, the interior of a building would always be at the temperature of its surroundings.

1stAssociated have a wealth of experience in all property matters .  If you require an independent valuation, property survey, building survey, structural report, engineers report, specific defects report, structural survey, home buyers report or advice on any other property matter please free phone 0800 298 5424 for a friendly chat with one of our chartered surveyors. 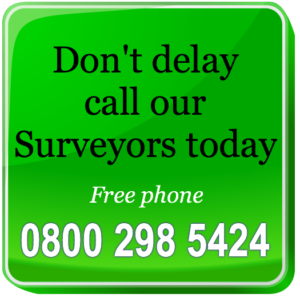 Through the fabric heat gain

Sunshine through glazing – when the sun shines in through windows, heat is introduced to the building. In some types of building such as glass and concrete tower blocks, especially older ones with clear rather than tinted glass and without low emissivity glass coatings, heat gains can be very high when the sun shines, with losses equally high in cold weather on cloudy days or after dark.

Sunshine on the opaque parts of the building e.g. brick or dark stone can also lead to warming as the sun heats the outside surface, and heat conducts through the fabric to the interior.

Every activity in a building creates heat – running lights, electronic / electrical items, body heat, and heat lost from sanitary hot water. (This last is counted as an incidental gain as the intended purpose of heating water is to provide sanitary hot water, not to heat the house through heat losses from pipes and tanks.)

Altogether, it is not unusual for total incidental gains in a home to average around 1 kW even in winter, and significantly more on sunny days towards the beginning and end of the heating season.

Historically in the UK, buildings have been designed with heating systems, but without cooling systems. With the UK's temperate climate, this has been a practical and sensible decision with the then applicable building codes.

In the current situation, two things have changed or are changing.

Combining these two factors leads to a situation in which the required capacity of a building's heating system is greatly reduced as far less heat needs to be introduced to achieve the desired temperature, and at the same time there is an increasing risk of the building overheating if care is not taken to manage incidental heat gains, and to ensure that sufficient heat can be removed from the building ideally by ventilation, or failing that by air conditioning.

There is a large housing development in Berkshire known to the author in which certain of blocks of flats are aligned East West with some flats facing North and some facing South with little or no cross ventilation possible. The buildings have a communal heating system with heating pipes running to every flat from the shared heating system. The insulation of the building's exterior fabric is good, but the insulation on the district heating pipes, and between one floor and the next is not as good as it could be allowing significant amounts of heat to leak out into the building.

The blocks in question are 5 floors high, and the flats get progressively warmer as you rise up the building, especially in the flats on the South side of the building.

The windows are not tinted, there are no external shutters to keep out the sun, and no canopies above the windows to shade them. Some residents on the upper floors having lived there several years report that they have never once had cause to put the heating on.

Unfortunately, during still heatwave conditions, the upper flats become unbearably hot with one resident reporting that they moved out to a hotel for several weeks after the temperature in their flat hit 40 centigrade with all the windows open.

How do Buildings Lose and Gain Heat?

ALWAYS when designing a building and most especially larger buildings, consider incidental heat gains, and take care to design in measures to ensure the building does not become unmanageably hot in sunny summer weather.

Remember that very high temperatures are just as dangerous to building occupants as a lack of adequate heating, and that constant exposure to the kind of temperatures described above can kill.

If you need help and advice with regard to independent valuations, property surveys, building surveys, structural reports, engineers reports, specific defects report, structural surveys, home buyers reports or any other property matters please free phone 0800 298 5424 for a friendly chat with one of our chartered surveyors.