What is Thermal Mass?

Thermal mass is the ability of a material or structure to store heat. The more thermal mass an object has, the greater the amount of heat is required to raise its temperature by a given amount.

1stAssociated have a wealth of experience in all property matters including Thermal Mass.  If you require an independent valuation, property survey, building survey, structural report, engineers report, specific defects report, structural survey, home buyers report or advice on any other property matter please free phone 0800 298 5424 for a friendly chat with one of our chartered surveyors. 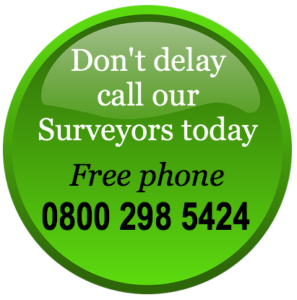 On the other end of the scale is some relatively recent office buildings with large glass areas, suspended floors and insulation lining the inside of the building. In such a building at the beginning of the day, the building might be cool and need heating to meet the comfort needs of the occupants. An hour later, the sun starts shining through the East windows so that on the East side of the building, staff start to become uncomfortably hot and begin asking for the heating to be turned off  and possibly for the air conditioning to be turned to chill. Meanwhile on the West of the building, staff are still complaining of being cold. Later in the afternoon when the sun moves around to the West, the people on the East of the building complain of being too cold whilst those on the West struggle with the heat.

Firstly, there is excessive solar thermal gain putting too much heat into first the Eastern side of the building, then later in the day, the Western side.

Secondly, there is not enough thermal mass in the interior of the building – so that the moment the sun shines through the windows, the temperature near the windows rises by several degrees in a few minutes. This rapid change in temperature resulting from the sun shining through the windows means that in spring and autumn, it is not uncommon for such a building to need both heating and cooling in a single day, or even both at the same time in different parts of the building.

Had the office been designed with concrete walls and floors clad on the outside with a thick layer of insulation, the internal temperature would have been substantially buffered so that rather than temperature changing substantially after a few minutes of sunshine, the concrete inside the insulation layer would absorb a substantial proportion of the heat entering through the windows so that the building would gradually warm by just a few degrees over the course of the day, and likewise, only drop back by a few degrees overnight. As a result, on that same day where the first building needed both heating and cooling in different parts at the same time, this building might well be able to operate comfortably all day without needing to use either heating or cooling.

Add suitable external thermostatically controlled blinds to this latter building, and a suitable bypass arrangement on its mechanical heat recovery ventilation system to allow fresh air to be blown through the building, and you may well be able to run the building for most of the year with neither heating or cooling.

How do Buildings Lose and Gain Heat?

Do Surveyors look at heating?

Can anything be done to add thermal mass?

During refurbishment, it is possible to add thermal mass to the interior of a building by means of a micro-encapsulated phase change wax. In this approach, tiny encapsulated beads of wax with a melting point in the low 20s centigrade are mixed into plaster. As the building warms beyond the melting point of this wax, the wax melts storing heat as it does so and slowing the rise in temperature within the building. By giving the building a new coat of this modified plaster, its thermal mass can be increased with 1 cm of plaster by around the same amount as would be achieved with a 10 cm layer of brick.

The micro encapsulated wax is also available ready installed in boards similar to plaster board which can be installed as the first layer of a 2-layer plasterboard cladding on partition walls.

If you need help and advice with regard to independent valuations, property surveys, building surveys, structural reports, engineers reports, specific defects report, structural surveys, home buyers reports or any other property matters please free phone 0800 298 5424 for a friendly chat with one of our chartered surveyors.