Learn more about how our Building Surveyors can help You 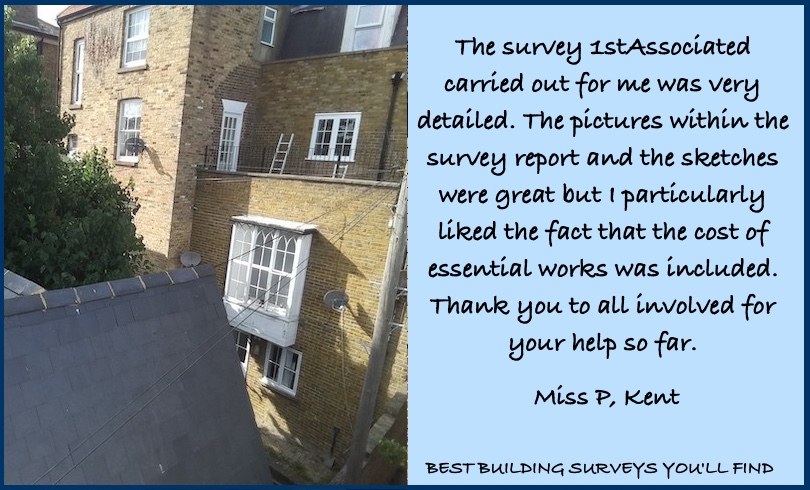 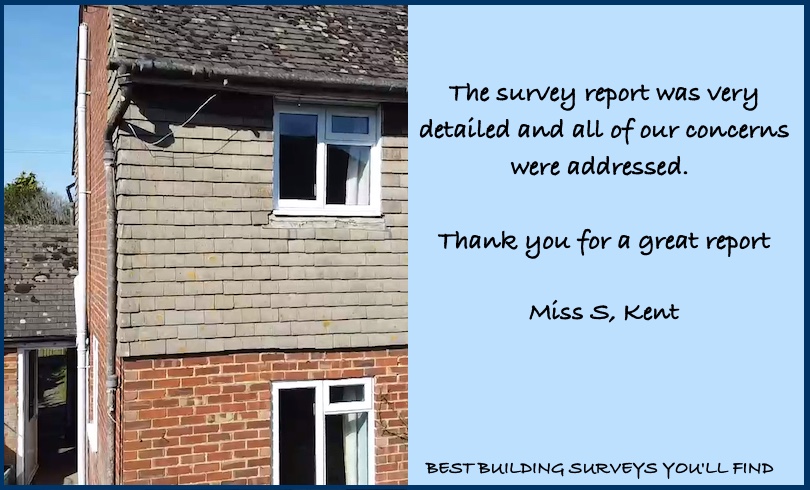 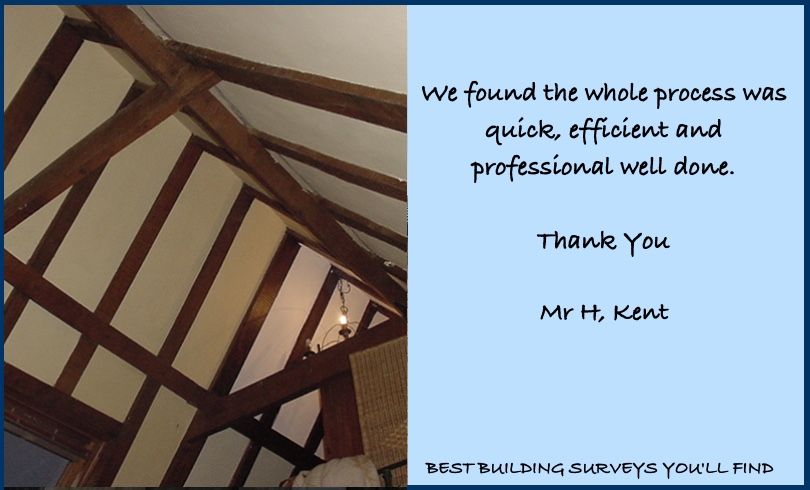 Building Surveys with solutions and costs

Thank you for the report we received this week which arrived within the three day timescale we were quoted. This property was exactly what I was looking for but after visiting the property with the estate agents I was concerned with cracks in parts of the property.

The surveyor was very thorough with his findings and not only gave solutions and approximate quotes to repair or replace but also helped with information with reference to the process with insurance companies with regard to this problem. The rest of the report was also very thorough with many photo's and sketches which made it a lot easier to read. Looking forward to our future in our new home.

Thank you once again!!

We were given the option to meet the surveyor at the property but as we live in London and the property was in Bedfordshire we were unable to make it but were able to speak with the surveyor by phone which was great. The report was really good and made an interesting read although due to the findings of the survey such as the thatch nearing the end of its life, woodworm problems and the tiled roof needing to be re-tiled and also finding out about proposed developments on the land surrounding the house we came to the decision to pull out of the purchase.

We would like to thank all involved and would not hesitate in recommending you to friends and family in the future.

This apartment will be our 2nd property and as our children have now grown up we may eventually move there full time so we wanted to make sure the property was structurally sound. After making the initial enquiry with 1stAssociated we were promptly sent an example survey which was very helpful. After agreeing to instruct we were advised we could meet the surveyor at the property but as we live a distance away we were unable to make the journey. A date was confirmed and we were kept informed throughout.

On receiving the report we found it very easy to understand. There were some issues highlighted such as the possibility of damp due to the property being below ground level but everything was explained clearly with photos and sketches throughout the report. We have decided to go ahead with the property and would just like to say the service has been fantastic from start to finish.

We would not hesitate in recommending 1sAssociated to our friends and family. Thank you!

We were very near to completing on this property. Our estate agent had nearly talked us into not having an independent survey but we felt we needed a professional eye and are so pleased now we did!

We had concerns re some damp patches in the property but our main concern was whether the kitchen extension had been built to Building Regulations standard. Our survey was arranged very efficiently and we met surveyor at the property which was really helpful.

The survey highlighted poor quality work problems with the kitchen extension so we now have to decide whether to negotiate on the price or walk away.

As our children are getting older we needed to look for a larger property and in an area where the schools were good. We found a new build which ticked all the right boxes and assumed as it was only six years old it would not have many problems but thought arranging a survey on the property would be the sensible thing to do.

The surveyor met my wife at the property and the report was completed in 3 days. The surveyor inspected the property from the top to the bottom (roof/chimney to ground floor/garden) and did not miss any detail out. For example the extractor fans did not work and after reading the report we contacted the owner who called an electrican out to investigate and repair, this would never have been noted by an estate agent.

All in all a professional and friendly service, thank you!

Thank you for well written report.

My main concern was the roof and this was covered within the report in great detail.

Thanks for completing the report. I found it very easy to navigate and the report was written in a way in which I was able to understand all of the defects. Having all the photos was an added bonus and highlighted the problem areas.

It was extremely helpful having a sample survey so I knew what to expect when my report was completed. In fact the report was so informative in pin-pointing the defects, especially with the roof and brickwork, that subsequently I have decided not to purchase the property until the current owners or the over-arching landlords effect the repairs which, unfortunately doesn't seem will happen anytime soon.

I will be using your services again in the future.

On contacting 1stAssociated the survey was arranged quickly and efficiently.

The report we received was very detailed and allowed us to negotiate on the pub. In fact we even had a comment from our solicitor saying how impressed he was with the comprehensive content.

Thank you to everyone involved for their help.

Save money with a Building Survey

I instructed the same surveyor again as I was so happy with the survey he carried out on a previous pub for me. Once again this turned out to be a very worthwhile excercise as I have managed to negotiate on the roof repairs based on what the surveyor found.

I am pleased to say I will be going ahead with the pub lease.

We instructed 1stAssociated to survey for us. The property in question needed lots of updating but our main concerns were asbestos in the property and whether or not it would be possible to extend the kitchen. The survey report was very detailed and all of our concerns were addressed. We have decided to buy the house and are in the process of everything going through.

Thank you for a great report.

The report we received from 1stAssociated following our survey was easy to read and informative and we found the photos and sketches within the report useful. The best thing ever was being at the survey with the surveyor, he was extremely informative and made the subsequent reading of the report so much easier, he did not really spot anything we were not aware of but it helped to put them into context and also prioritise potential problems.

Having an example survey was a good idea as it allowed me to understand the level of detail I would obtain from the survey but not essential.

We found the whole process was quick, efficient and professional well done.

The survey 1stAssociated carried out for me  was very detailed.

The pictures within the survey report and the sketches were great but I particularly liked the fact that the cost of essential works was included. I will be speaking again with the surveyor to discuss parts of the survey before I make my decision.

Thank you to all involved for your help so far.

Negotiate on property price with a Building Survey

I instructed 1stAssociated on behalf of my son. I am a surveyor myself and was very pleased with the report he received. My son was able to negotiate on the price of the property and this was without doubt due to him having the building survey.

Thanks for a great survey service.