Should you buy a house that’s been refurbished by a builder or developer?

What problems will you come across? 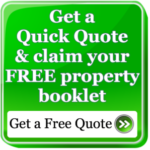 Our Independent Building Surveyors are not linked to Building Societies, Banks or Mortgage Companies and so can give you honest, unbiased advice on your property.  We carry out structural surveys, home buyers reports, independent valuations, property surveys, engineers reports, structural reports, defects report so please call us on 0800 298 5424 for a friendly chat.

First of all you should get good quality advice because you must remember that buying a house, Estate Agents are acting for seller, Banks are of course acting for the Banks, the seller is acting in their best interest to the sell the house and any builder or developer that either carried out work to the house or develop the house is of course in for a good profit too.

We carry out full structural surveys on properties of all shapes and sizes and ages and eras.  We feel over the decades we have literally carried surveys on nearly every sort of property.

Test us – Ask for a Full Structural Survey on your house

We ask that you test to see the wealth of experience that we have by asking for an example survey on a house that it is similar to yours.  We will provide this free of charge and it will show you the detail that is carried out in a full structural survey.  We of course do not expect you to wade through lots and lots of detail as we provide an executive summary that we term the GOOD, the BAD and the UGLY that goes through and explains exactly what you should be looking for, the main issues that you should be looking at and the main negotiation points if there are problems or in fact if there are too many problems, walk away from the property and buy something else (but this is relatively rare).

Over the years we have carried out surveys on nearly every type, age and style of property and we still consider the most risky to be any property that a builder/developer has worked on.

In a nutshell this is because the builder/developer knows the way the work should be carried out (in most cases – although it is arguable in some) and also knows how best to cut corners and hide problems.

They are also very aware that anything can be painted over to look good for a few months.  They also know that most purchasers make their decision based upon ‘kerbside appeal’.

If you are viewing the actual property then there is an additional three seconds as you step through the door plus another three (possibly six) seconds as you enter the property.  Most people will have an opinion by this time.  They will then meet the estate agent who will do their best to sell them the property.

Over the years heard all sorts of stories of how houses are presented.   Most people have heard that a good smell helps sell a property such as freshly ground coffee and baked bread but also more subtle things such as de-cluttering a property are recommended by Estate Agents.  We have also heard about Estate Agents recommending you literally paper over the cracks, ie, fill and wallpaper over cracks or paint over them - all sorts of tricks of the trade for want of a better word!

What sort of things have you seen that builders / developers have carried out on newly refurbished properties during the course of your building survey?

We have often been asked “what have we seen over the years” and we hope our experience and advice will help you not to fall into buying a problem property.

We have seen all sorts over the decades (yes we have been surveying a long time!)  Very common ones are extensions carried out without the correct Planning Permission and Building Regulations or some Building Control Certificates signed, but not all.  Funnily enough they always seem to have never had the last one signed off!

Loft conversions - property problems to look out for

We have come across a massive number of loft conversions that aren’t true loft conversions as they haven’t had Planning Permission and Building Regulations.  They are really not much more than a boarded out loft.

There are several key points to look at with regard to loft conversions when looking at a house with a view to buying.

Loft conversions, the key factors to look out for

Have the fire regulation

Have the ceiling joists been replaced with floor joists?

Have the common rafters (the ones that form the pitch of the roof) been amended as required for a loft conversion?

In addition to this we have come across stairs that don’t meet the Building Regulation requirement and windows that overlook neighbours land when they shouldn’t.

What else should you look out for where builders and developers have carried out work?

Before you start reading this article you may want to know who we are.   We are Building Surveyors who carry out full structural surveys and have a large amount of experience and many decades of looking at property sort of problems and traps you may fall into when buying from an experienced builder or developer and skilled DIY’er.  The aim of this article is to give you some areas to look out for when you are viewing that next ideal home that has recently been refurbished by a builder.

Many builders do understand old properties, many builders don’t understand old properties, but whether they choose to carry out the work that is appropriate to them is another matter as this can often be the most expensive way to carry out works so they cut corners.  They cut corners knowing that the inexperienced person buying a house once every few years or so simply won’t have the knowledge to see how they have covered something up – so TAKE CARE when you are looking at your new house.

We didn’t know how to start this section, but what we are saying is that because you live in house, doesn’t mean that you understand how a house is put together.  Often until you have experienced problems, you do not know how big a problem they can be!  We have set out below a few of the problems that we have come across fairly often, which may help you when you are looking around a property.

Allow your Sixth Sense to do the Work

We often get people phoning us to say that they are not sure what is wrong with the property, they just have a feeling there could be problems and their sixth sense is often the best thing to use if you don’t happen to know a surveyor that can walk around and help.  We would also add that beware of builders helping and advising you, whilst many times it can be good you have to be aware that often builders resolve the affect rather than identifying the cause.  Also builders that come from a particular trade background tend to be stronger in their knowledge of that trade for example a carpenter who has become a builder while a bricklayer who has become a general builder tend to be more focussed on that area and could miss other areas.

The hiding of dampness is very common.

This is where a freshly painted building is not always a good sign as paint can hide almost anything for a short while.

Look very, very closely at the paintwork to see if it is recent and if dampness has been painted over.

Papering over the cracks or filling in the cracks is common with many builders/developers.

Properties are purchased that have cracks and structural movement, possibly due to the drains or a nearby tree -look out for these! The developers may try and pass the house on to you complete with the problems but the problems have now been covered up or cut down as in the case of trees.

With old and new properties there are what we term as good and bad cracks.

There are of course cracks that mean settlement, subsidence or heave appearing in the property.

Downward movement caused by compression of the ground by foundation loads.  Settlement does not crack buildings – only differential settlement potentially does so; damage due to consolidation of poor or made ground usually becomes apparent within the first ten years.

Downward movement caused by activity in the ground.  However, in the absence of trees, progressive subsidence on shrinkable clay, i.e. continuing beyond the duration of a drought, is most uncommon where clay soils are involved (see Building Research Establishment Digest, current at the time of writing this report).

Upward movement caused by activity in the ground.

As with every profession and trade, there are of course people that simply just don’t know what they are doing.  It is the same with builders and developers, particularly because there isn’t anyone to check their work other than themselves.  It is a bit like marking your own homework!

The other problem is where DIY people have developed and developed their skills or lack of them, until they get to the stage where they are refurbishing buildings with very little of what they are doing.  They may be using techniques used by a professional on one building which will not necessarily work on another.

Some would argue that no one is checking them!

Is Building Control checking the work for you?

We would say that Building Control (the Local Authority) do have a remit to check properties (at set stages during the construction) that have applied for Building Regulation permission.  This depends upon:

1. The builder actually getting Building Regulation permission (we recently came across toilets and showers that had been installed without permission which were causing problems with the neighbours drains)

2. How unscrupulous the builder/developer is - as they can always show only the parts they want to be seen to the Building Control Officer/Surveyor.

Of course they may not show Building Control at all and then try to get Retrospective Permission at a later date.

What sort of building survey do I need?

We would highly recommend a full structural survey where a builder or developer has been involved.  You need to employ someone to spend the time looking at the building and not just carrying out what we would call the ‘checklist type’ survey.

All rights reserved to 1stAssociated.co.uk

All rights are reserved the contents of the website is not to be reproduced or transmitted in any form in whole or part without the express written permission of www.1stAssociated.co.uk.